A furniture designs style that was extremely during the mid 1800s, Victorian furniture was the mainstay furniture style preferred during the early days of the British empire

During the reign of queen Victoria all the way uptil 1901, the colonial British empire witnessed some of the most prosperous periods of growth known to mankind and the Victorian period furniture is a necessary pre-cursor to several styles that followed, namely the industrial, mid-century & provincial styles.

This period of unparalleled prosperity paved the way for expensive tastes which could now be enjoyed not just by the kings, nobles, and lords but also by well-to-do merchants and the regular folks. Although the classification of the furniture style itself is closely linked to the reign of queen victoria, victorian furniture, in general, is used to refer to a combination of furniture designs that all originated in the British empire.

This includes several English Provincial designs, Gothic Revival, Rococo and the much more practical Elizabethan, neo-classical and victorian furniture. If you're interested in period designs, you may also want to see our page on provincial french furniture
FurnitureRoots is an off-shore manufacturer with a network of suppliers and sister companies based in across Australia. We typically make antique furniture in large export quantities for furniture stores, retailers, and wholesalers across Australia & NZ. However, if your order quantities are relatively small or if you're looking to procure this for your business, we can accommodate your requirements through our on-shore network of suppliers, wholesalers and our own network of importing agencies.

You may contact us @ 0424 996 664 or E-mail us @ business@furnitureroots.com. Also feel free to ask us for our catalog (prices in AUD $). You can work with us directly & enjoy factory prices or you can work with one of our partner stores in your vicinity

Select from 2500+ furniture designs on website or Submit Your Own

Unbox furniture that matches your decor perfectly in a short time

Certified for provision of internationally benchmarked processes and systems of furniture production.

Certified for provision of appropriate Occupational Health & Safety Standards for all employees.


Here are a few characteristics of victorian furniture that we ensure we try to add onto our collection of replica victorian and antique styles.

PROPORTIONS
Victorian furniture took birth due to the very fact that the well-off wished to showcase their social status with expensive-looking furniture laden across the living room, bedroom & dining area. It’s no wonder that victorian furniture was hardly frugal in proportions,  especially the ones suffixed with royalty names & titles like Kings chair, Queens bed, Louis XVI Elizabethan furniture etc

COLORS & TEXTURE
This is one of the main factors that differentiate between victorian & art deco. While both are extravagant by their own right, victorian furniture boasts ornamentation out of a plethora of materials, floral patterns and deep colors blended into silk & velvet.

EXCESSIVE USE OF WOOD
Early victorian style furniture used a lot of wood in their furniture design, the latter versions saw an increasing trend of metallic hints thanks to the advent of the industrial revolution. Original victorian furniture was made out of rosewood, oak, or walnut, but at FurnitureRoots, we make them out of teakwood or mango wood for a greater composition of shape and form.

DISTRESSED LOOK
At FurnitureRoots, we use modern distressing techniques like sanding, woodblock, scraping, and rinsing to achieve a natural-looking aged & “weathered” look that is characteristic of most vintage furniture pieces that have survived till the 21st century.

At FurnitureRoots, we consider it an art to be able to come up with original victorian “themed furniture” and we rarely ever even attempt to make an inch-by-inch replica of any authentic victorian furniture. But we do honestly hope that our attempts at pulling these off will be of value to anyone looking to spruce up their home or commercial business with a medieval theme that is exactly as per the interior requirements

Whatsapp
Call Us
Mail Us
All search results 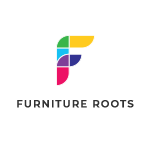